Tourism in Calella, our story 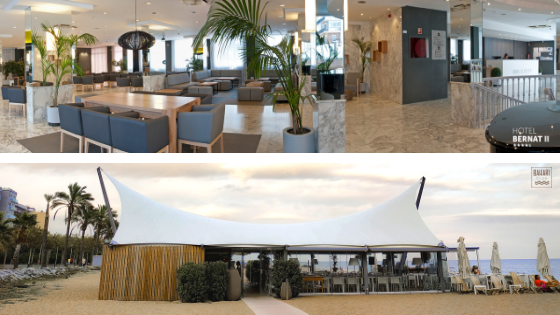 Tourism in Calella, our story

According to the United Nations, tourism has become one of the most important drivers of economic growth in the world. It is estimated that this sector represents 10% of gross domestic product (GDP) and will continue to grow until 2030. It’s not that bad, right? 😏

The cause of growth is due to the fact that during the second half of the twentieth century and the 21st century, traveling has become an activity within reach of everybody. It has been declared that the right to vacations it’s a universal right. This fact implied a change of panorama, in which people had more time for leisure and traveling.

Apart from this, there are others such as low-cost rates and digital media tools, that make traveling much easier. Internally we are updated to keep up with all the digital resources and facilitate the reservation of the next client. It’s an experience!

As a hotel, we are proud to say that we have been part of this change, since the city where we are, Calella, has become the reference point for the tourism world in recent years. This same tourism, of comes to Calella between the 1970’s and the mid-90’s. And that’s how our city became a well-known destination for the Central European tourist.

Due to the need to accommodate European travellers, the family project it’s being built to create this hotel. This happens during the economic growth period of Calella as a city, specifically in 1989 which is when the hotel opens its doors. Day by day, we’ve seen many tourists and many events that have been enriching us time over time. It made us more professionals, and at the same time, those experiences have allowed us to preserve the familiarity that characterizes us.

We are aware of how society advances and how the demands of the sector change. That’s why we always want to be aware of the latest developments and take care of the last detail in order to offer to our clients the highest quality during their stay. We do it because we love our work and we like to see how people disconnect at our home. Btw, which are your plans for the weekend? 😎

Tourism unites people and cultures. It makes us very happy to be a part of it!

We use our own and third-party cookies for analytical purposes and to show you personalised advertising based on a profile of your browsing habits (e.g. pages visited). Click HERE for more information. You can accept all cookies by clicking the "Accept" button or configure them or refuse their use by clicking settings.

This website uses cookies so that we can provide you with the best possible user experience. Cookie information is stored in your browser and performs functions such as recognising you when you return to our site or helping our team understand which parts of the site you find most interesting and useful.

This website uses Google Analytics to collect anonymous information such as the number of visitors to the site, or the most popular pages.

Please enable strictly necessary cookies first so that we can save your preferences!